I'm just a little Sock Poppet, reading and playing. Having fun is never a waste of time!

MandyM posted her "My fifteen favourite reads of 2013" so I decided to do the same. Mine are in alphabetical order, since I didn't want to try to figure out which was my favorite. Coming up with the top 15 was hard enough.

I did it in two parts, since it only allowed ten books in the scroll.

1 ~ The Adventures of Pinocchio: A Novelization

2 ~ Cinder: Book One in the Lunar Chronicles by Marissa Meyer

3 ~ The Conquest of Lady Cassandra by Madeline Hunter

4 ~ The Delicate Dependency by Michael Talbot

7 ~ Lady From the Air by Alice Muriel Livingston Williamson

8 ~ The Law and the Lady by Wilkie Collins 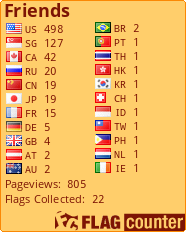